Read more about Thick and Thin Provisioning: What Is the Difference?

How to convert thick provisioning to thin

Convert thick disk provisioning to thin on VMware ESXi with the options:

If you do have vCenter configured, it’s best to move a VM with VMotion and select the virtual disk format Thin Provision in the wizard. You can use VMware converter or command line if you don’t have vCenter, you only have one ESXi host, or don’t want to spend a license to get more features.

In this step by step guide, you will learn how to convert a thick provisioned lazy zeroed disk to thin on VMware ESXi 6.7. The steps are the same for other ESXi versions. You will use the vmkfstools command.

Read the VMware documentation about cloning and converting virtual machine disks with vmkfstools.

Good to check is the VM used space. The used space column shows the VM as 60 GB used space. 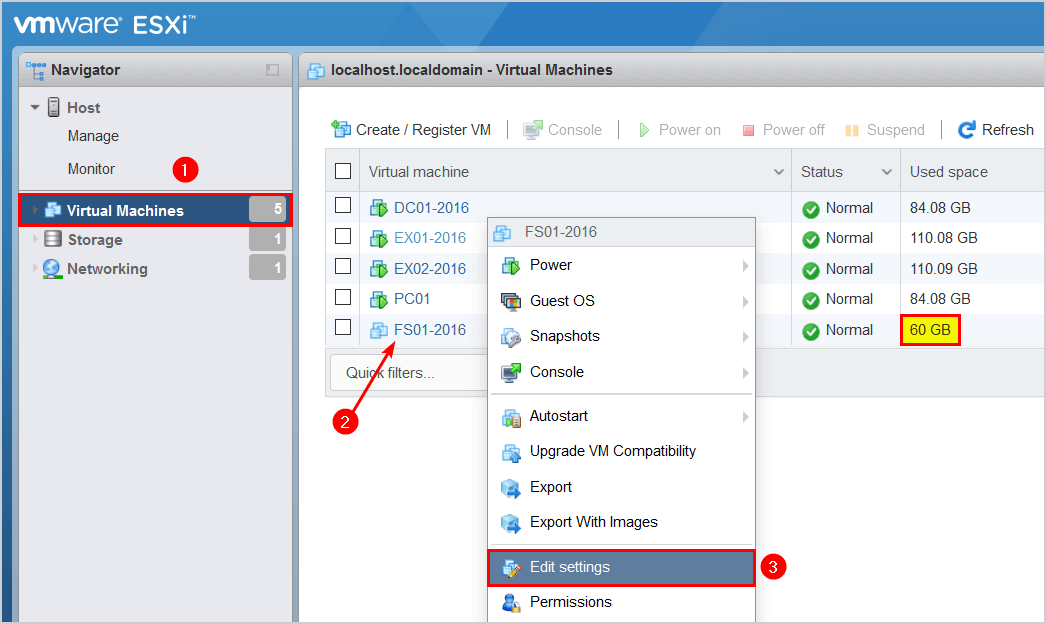 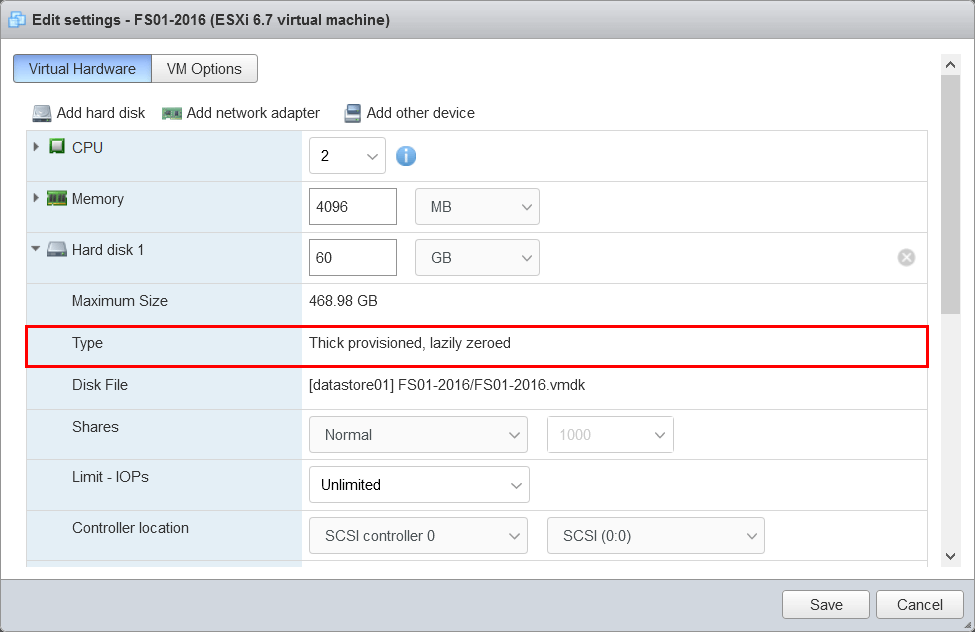 Shut down the VM that you want to convert if you did not do that already.

An information banner will show up that the service TSM-SSH successfully started.

Step 4. SSH into the ESXi host

SSH into the host with the application Putty. 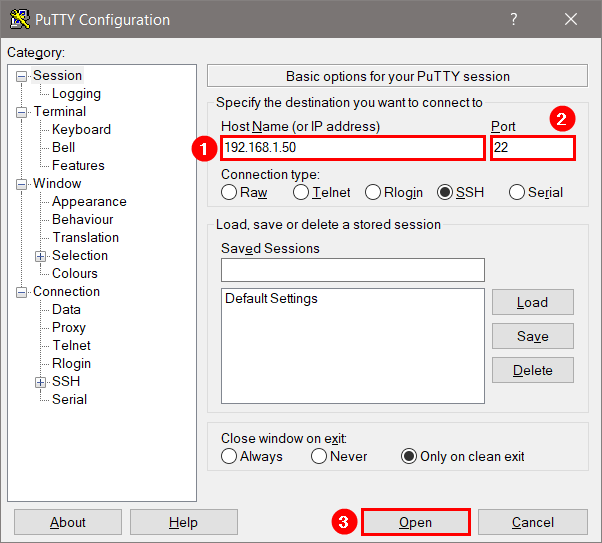 Step 5. Navigate to the VM folder

Navigate to the VM folder under /vmfs/volumes/ with the command cd vmfs/volumes.

List the name of the VM store with ls -lh

Change to the directory of the datastore. In this example, cd datastore01.

List the VM names in the datastore with ls -lh.

Run the command ls -lh to list the files in the directory.

This is necessary for the host to recognize the new disk type. Right-click VM > Unregister. 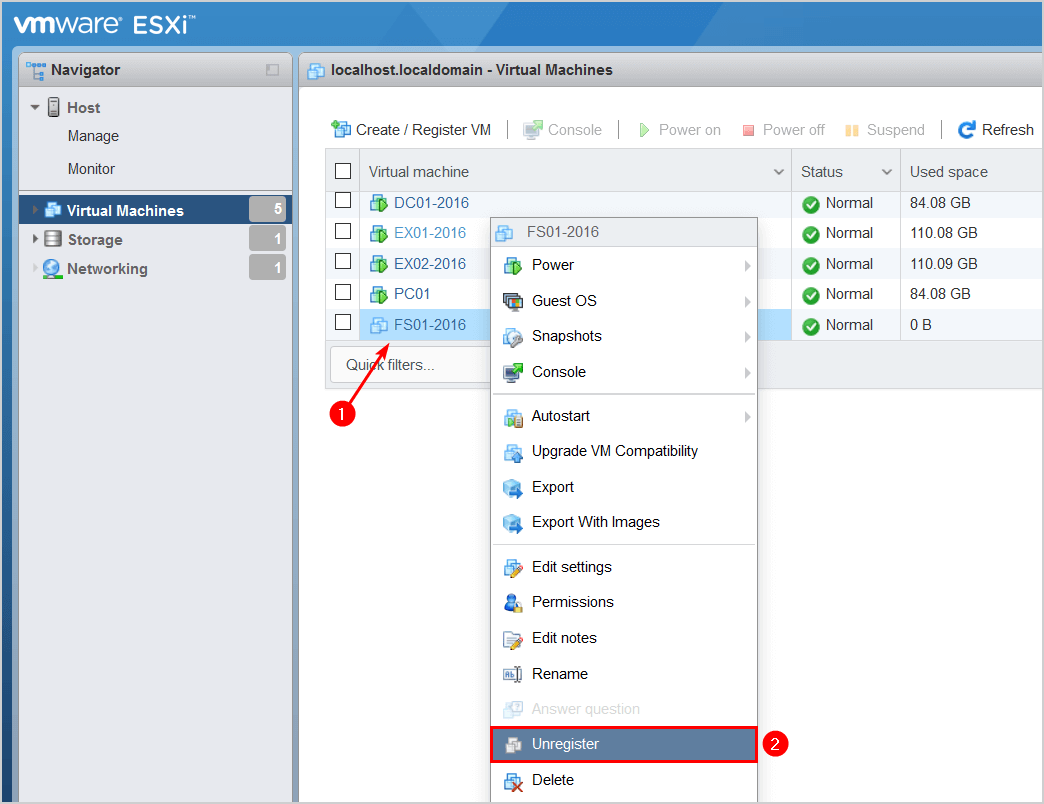 Select Register an existing virtual machine. Click on Next.

Click on Select one or more virtual machines, a datastore, or a directory. 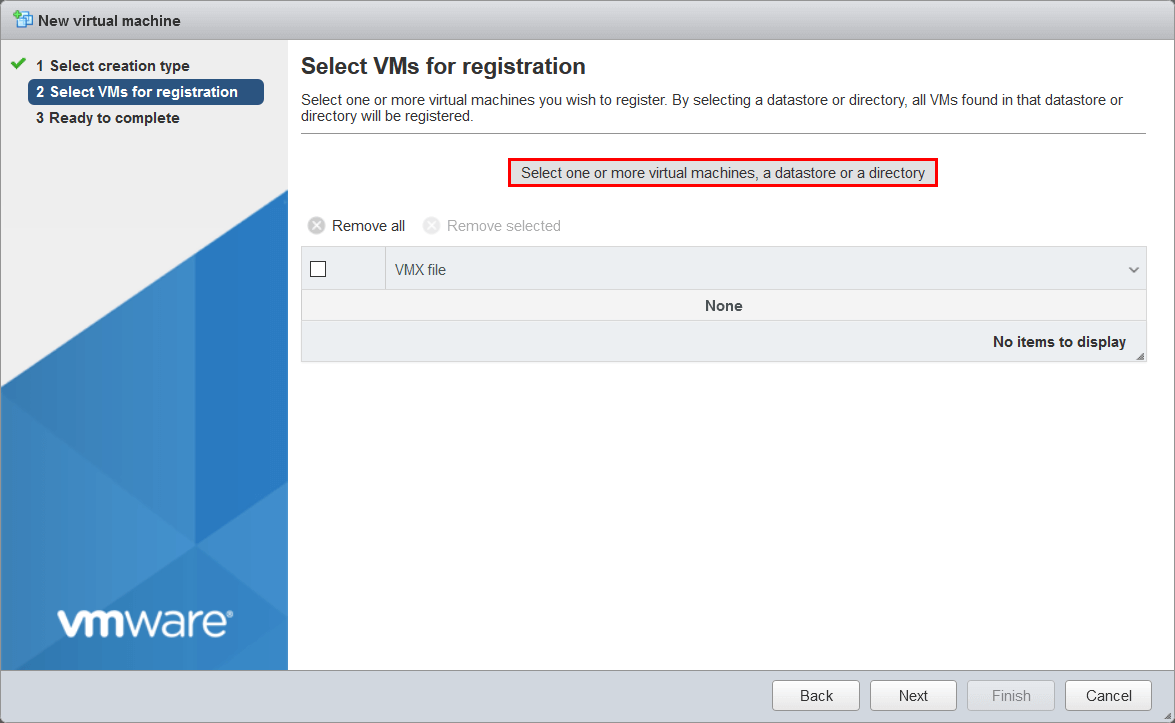 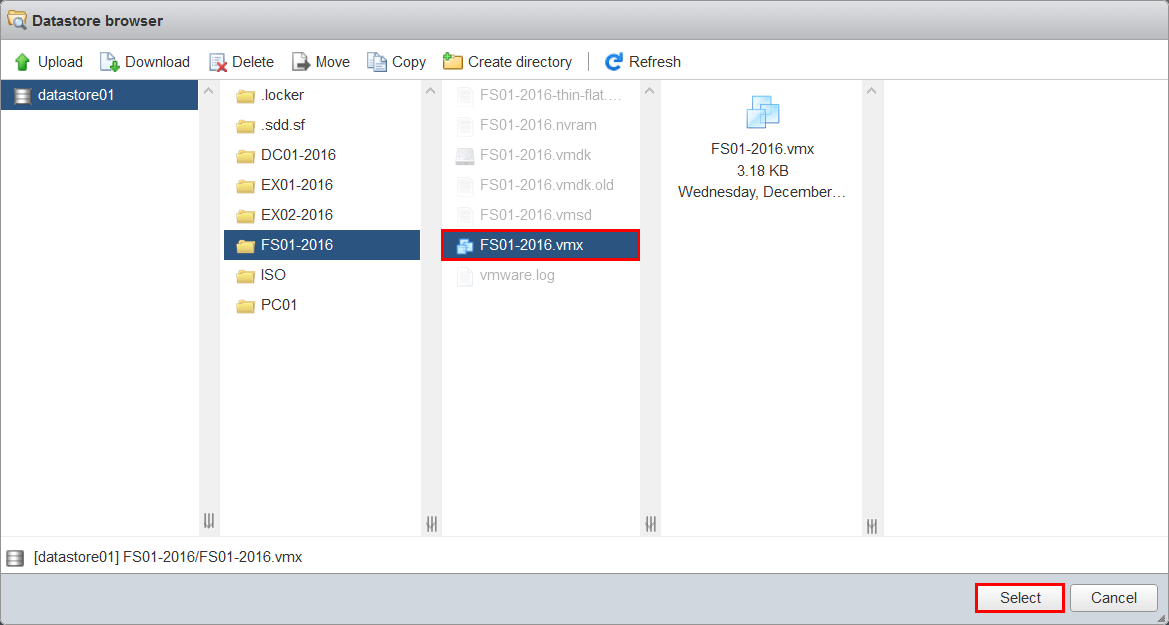 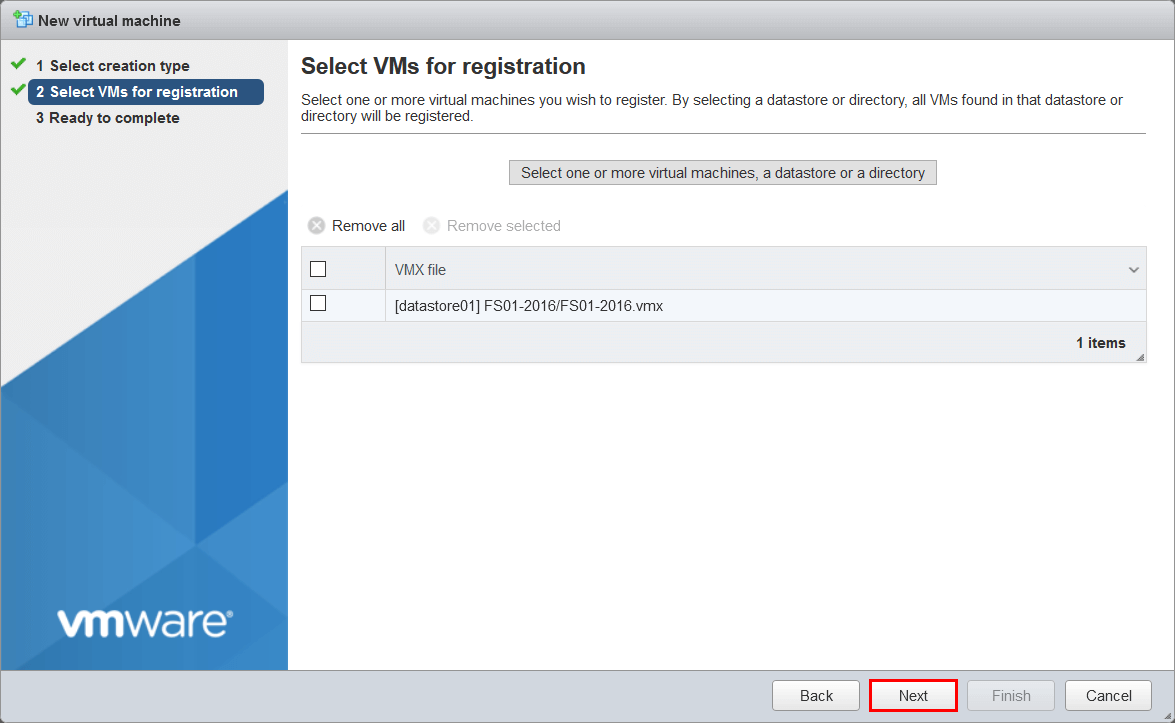 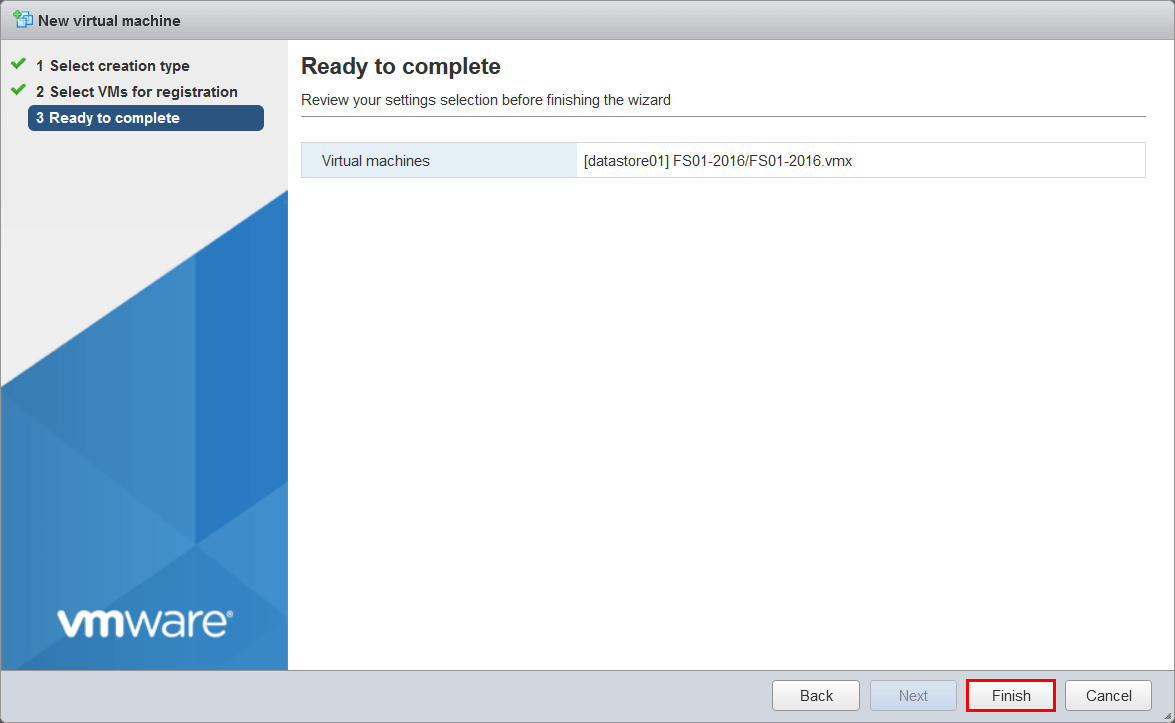 Check the VM hard disk size. In this example, the hard disk changed from 60 GB to 9.56 GB.

Right-click on the VM and select Edit Settings. 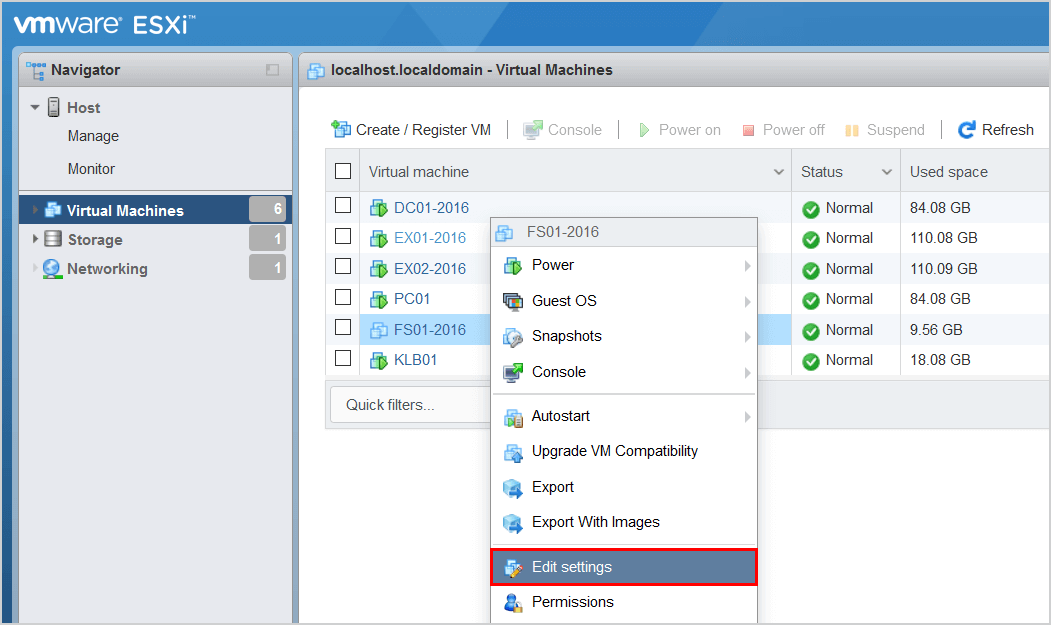 Expand hard disk and check the Type. It shows as Thin provisioned. 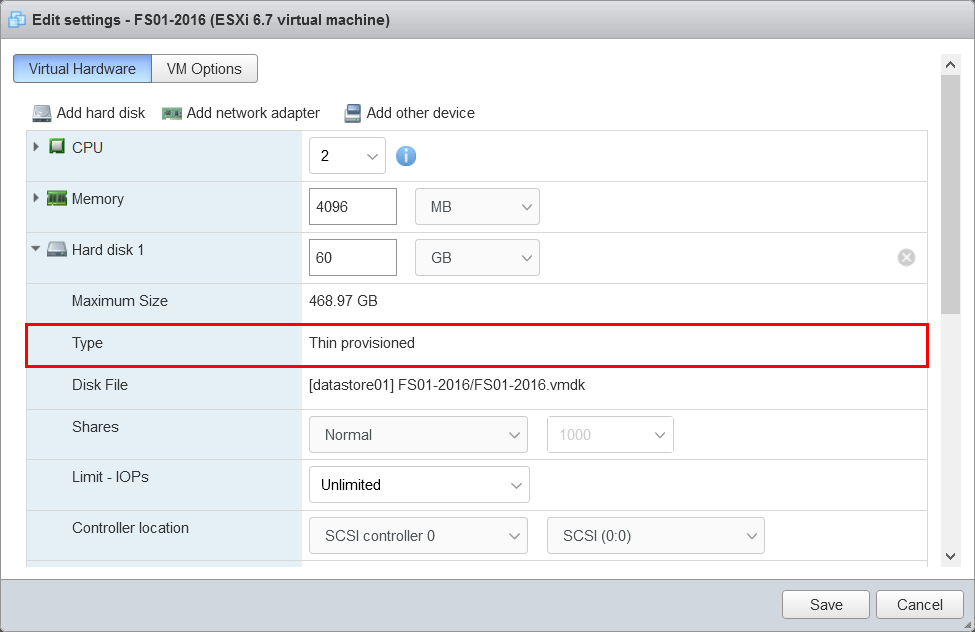 Start the VM and check that everything works as expected.

In this article, you learned how to convert thick provisioned disk to thin on VMware ESXi. Check the disk type before you start to convert from thick to thin disk in the command line interface. Verify the conversion at the end and start up the system to make sure all is working.

How to turn off Windows Defender in Windows 10 permanently? Sometimes you want to disable…

OneNote is missing from Office 365 and Office 2019

OneNote disable connect to the cloud sign in screen

In this article, we are going to have a look at how to disable OneNote…