It’s recommended to update the Exchange Server in the lab environment before updating it in the production environment.

Cumulative Update CU17 for Exchange Server 2016 is released as version 15.01.2044.004. Which version are you running now? Read more on how to find your Exchange version build number. 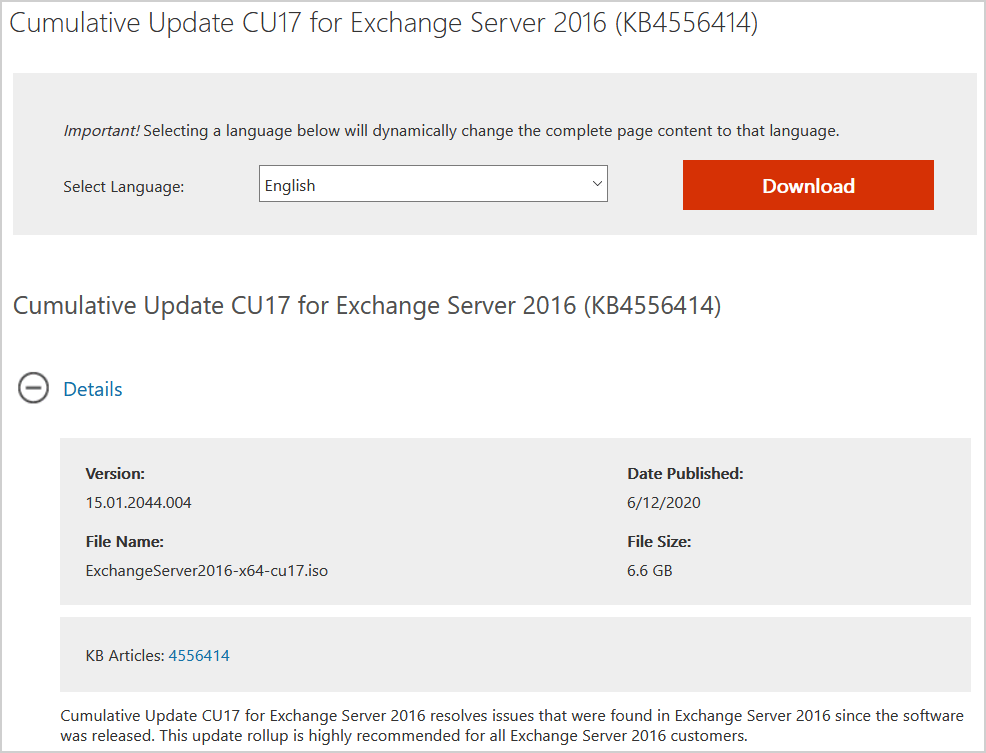 Known issues in this cumulative update

In multidomain Active Directory forests in which Exchange is installed or has been prepared previously by using the /PrepareDomain option in Setup, this action must be completed after the /PrepareAD command for this cumulative update has been completed and the changes are replicated to all domains. Setup will try to run the /PrepareAD command during the first server installation. Installation will finish only if the user who initiated Setup has the appropriate permissions.

Issues that this cumulative update fixes

This cumulative update fixes the issues that are described in the following Microsoft Knowledge Base articles:

When you sent a message, a header will apply to the message. Most don't know…

You did remove full access permission from a user or shared mailbox, which is automapped.…