What does Exchange 2010 end of life mean?

There are a couple of options for migrating to a supported Exchange version:

You can take the following paths to avoid the end of support for Exchange Server 2010. 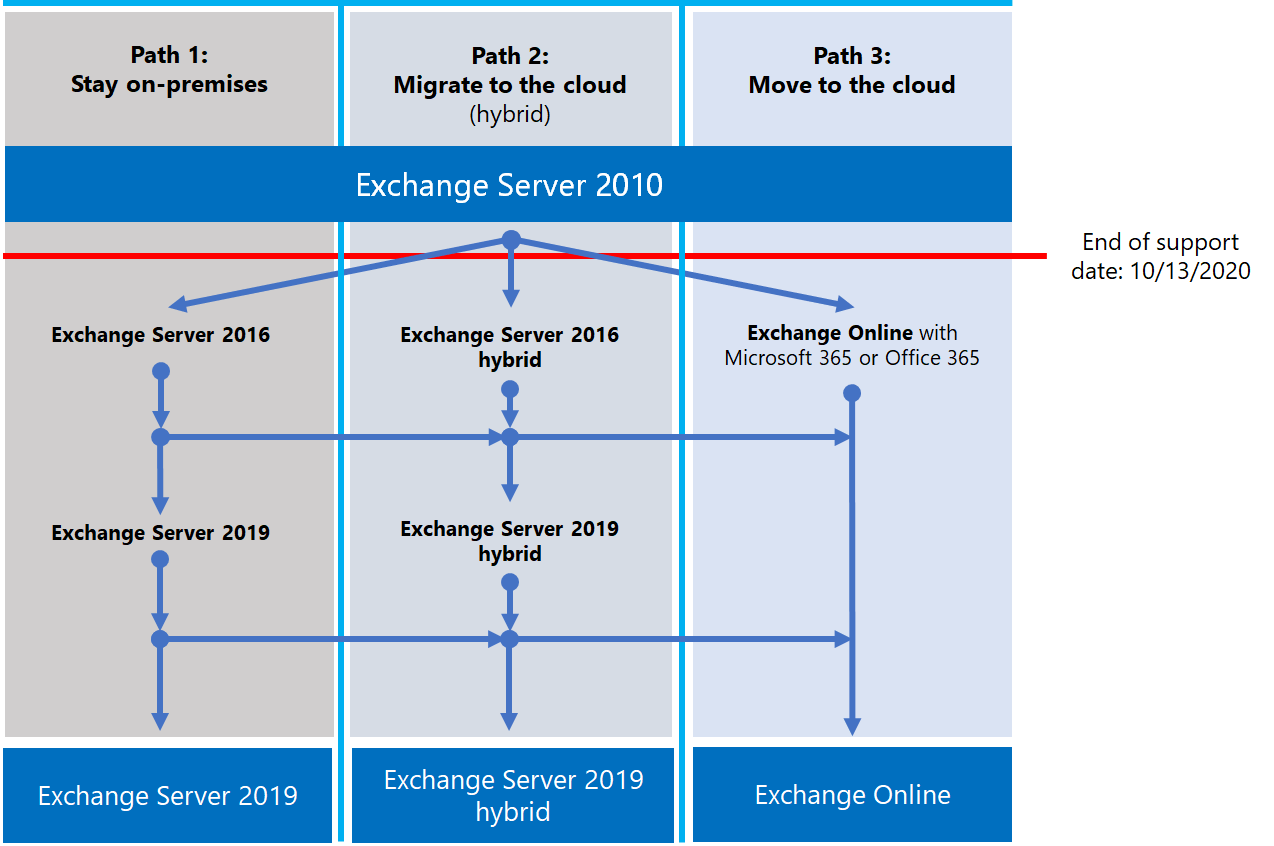 Do you want to read more about this topic? Read the official post by Microsoft. Upgrade your Exchange Server as quickly as possible. In one of the upcoming courses, we will explain how to migrate from Exchange to 2010 to Exchange 2016. Stay tuned!

Did you enjoy this article? You may also like Get mailbox size of all users in Exchange with PowerShell. Don’t forget to follow us and share this article.

Save sent items in shared mailbox with PowerShell

In a previous article, we did download and install Kemp virtual load balancer on VMware.…